In January 2020, after a long period of not riding a lot, I needed some motivation to go ride. Everyone knows that means it’s new bike time…

During the previous years, my enthusiasm and motivation to ride my mountain bikes wanned with my reduced fitness level – and this ended up being a circular problem.

A taste of electric

Well, I absolutely smashed the red “North Face” route; 10 miles in under an hour. The first ascent was very rocky, with tight switchbacks, which was an interesting introduction to the bike’s capability. Boring fire-road climbs went by quickly – the effort you put in goes a long way. But I was really impressed with the descending – I felt confident hitting the very rocky trails at speed. The bike came with wide 2.8" tyres, which would normally be a massive drag, but it made the trails so much fun.

Although it felt like cheating, it meant I could really enjoy the ride. I didn't need to worry about the climbs or how long was left. I would have easily even done a second lap.

In summer 2019, I decided to see how an electric mountain bike would fair on my local trails. I hired a Specialized Turbo Levo from the bike shop situated on the edge of Cannock Chase.

From 10 am, I cycled about five miles through Sherbrook Valley to the Follow the Dog trail and completed a full loop including The Monkey Trail – something I hadn’t done in quite some time. I followed a bit of single-track and headed back to the shop. In 2 and a quarter hours I covered near 25 miles, mostly through single-track.

I dropped the bike off to get recharged while I grabbed some lunch. I then headed out again. I managed another 20 miles. I rode a total of 45 miles of single-track in one day.

I still put in a lot of effort, but this was rewarded with many many descents, far more than I would be able to ride without any assistance. I would never have been able to achieve anything close to this on my analogue mountain bike.

In late January, I started to properly research the electric mountain bike scene. The Specialized Turbo Levo was the bike I had demoed twice before and they seemed to have a lot of the market share. However, Bosch had just released their fourth generation motor and I settled on this as the power unit I wanted on my bike.

After a lot of researching I narrowed my choices down to four brands; Cube, Orbea, Focus or YT. Rob Rides EMTB runs a really good forum, so I asked for feedback on the bikes, providing my thoughts and a poll.

I was torn between the Cube Stereo Hybrid and the Orbea Wild FS. The decision was kind of made for me, all electric mountain bikes seemed to be very scarce, but there was the exact Orbea I wanted in stock locally. 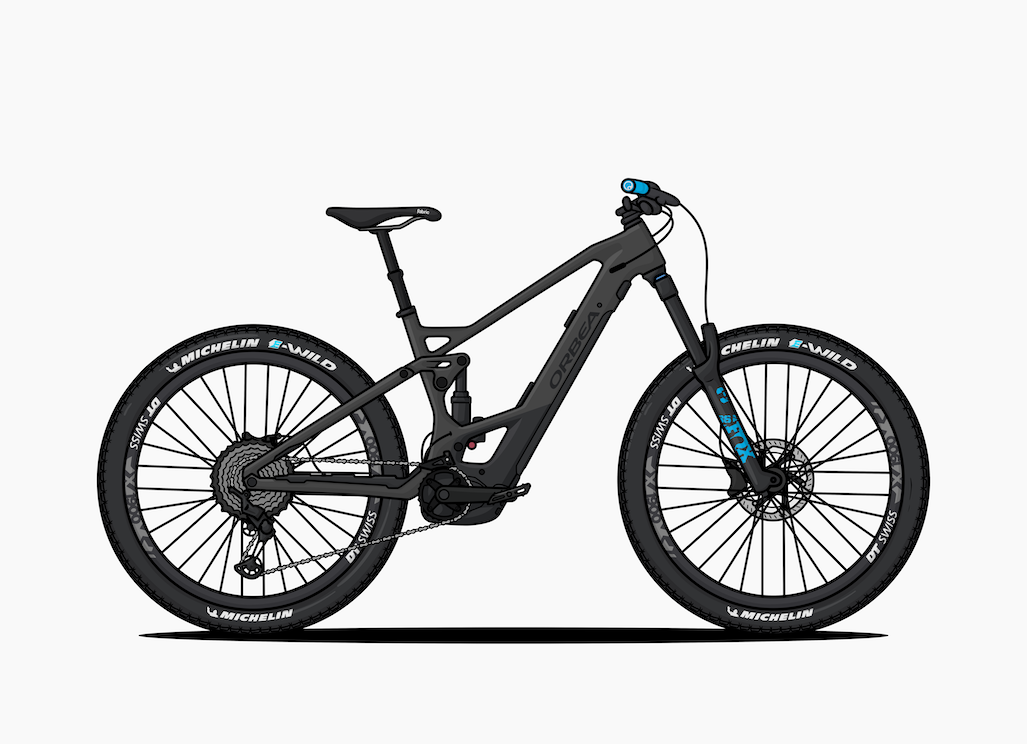 A year with the Orbea

I picked up my Orbea in February – not the best month to get a new bike, with horrible conditions out on the trails – but I couldn’t wait to try it out.

Riding in the winter months in the UK has never been much fun. Firstly the motivation to deal with the cold weather, the energy-sapping mud and the inevitable deep clean of bike and clothes required afterwards seemed far too much effort. However, with new bike motivation, I wrapped up warm and headed out.

The bike was incredible. It ate through the mud easily, without sapping your energy. The entire concept is very different to my previous bikes. You can point it at a hill you normally dread, and you’re at the top in double-quick time and ready to continue riding the fun stuff.

Instead of managing around 6-7 miles, I was riding 20 miles. This makes the extra effort of riding in winter much more worth it.

The increased weight, combined with the longer wheelbase and 29" tyres sprinkled with the assistance took me by surprise on the descents. You reach trees and corners quicker and with more speed which takes some adjustment.

Bosch has the concept of uphill flow, this fits the feeling perfectly. Instead of tackling single-track climbs, you ride them with a flow similar to downhill.

The fun really started when the warmer months came. A group of ten of us were heading out on the weekends and I was regularly riding 20-25 miles each ride. The trails on the far corners of Cannock Chase were no longer too far away. We explored far more areas – a dead end was no longer the waste of energy it used to be – and we found trails we’d never seen before. The biggest decision was what to ride next.

I found myself riding on Saturday and Sunday, eating up the miles in less time than normal. I left the house earlier to get a few extra miles in before meeting up with the rest of the group. I was able to ride similar distances in the evenings when the light allowed. Previously, I might have been able to do the odd long ride but recovered slower, but with this assistance, I was able to keep riding.

Many naysayers feel that electric bikes are “cheating” – but I am not sure what they think we’re cheating on. I am exercising more, I am practising shinrin-yoku, and I am riding my bike with friends more. I’m having fun.

With the increased riding time, I have managed to improve my skills. I am now enjoying trails I used to avoid and tackling many features I used to bypass. I have progressed my drops and gained confidence on jumps.

I’ve had my electric bike for a year now. I have ridden over 1800 miles of single-track in that time and thousands of feet of climbing. The temperatures are warming up again and it‘s getting lighter, I can’t wait to head out and continue having fun on my bike. 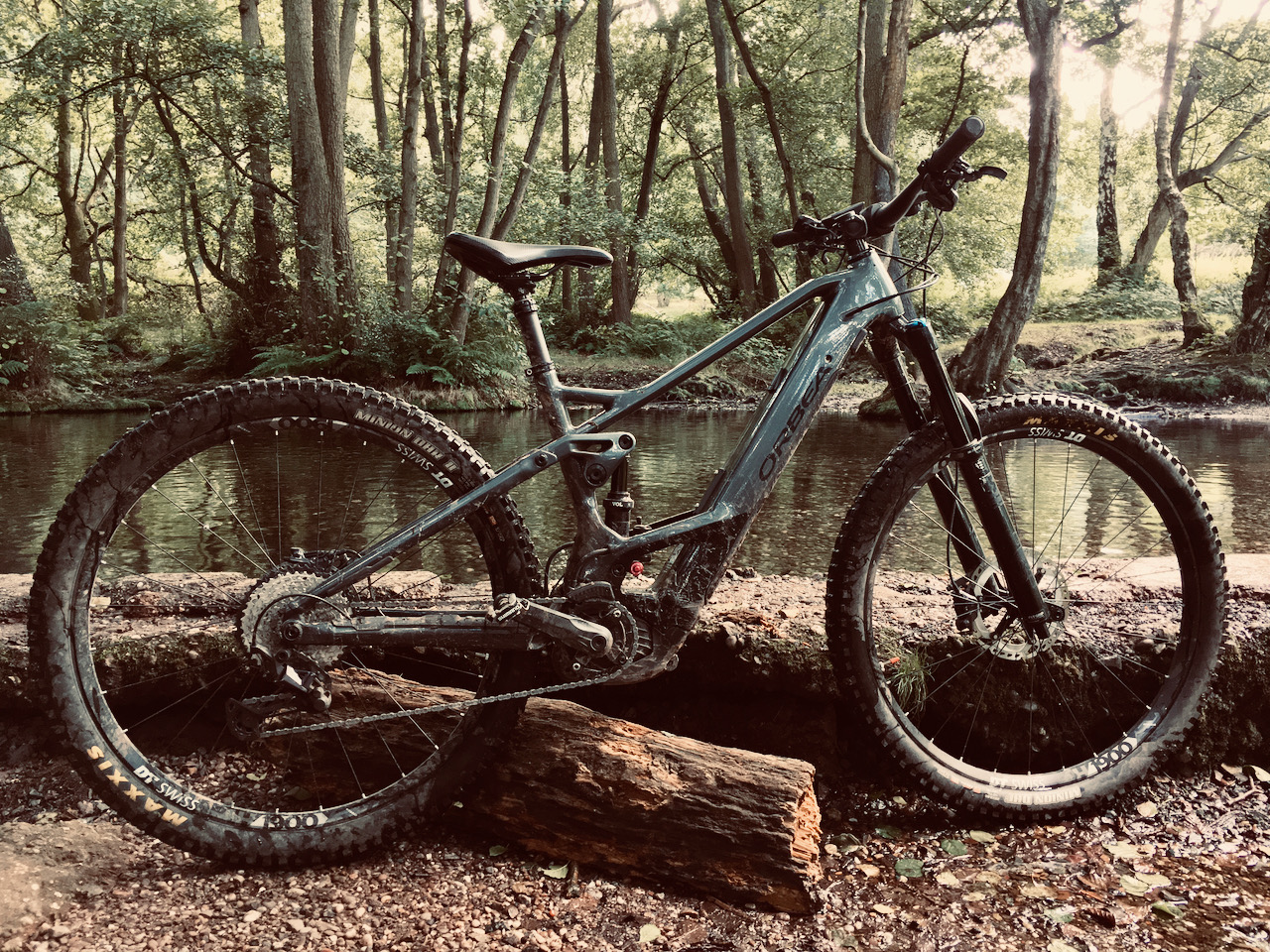