In my previous post, I talked about acclaimed directors and their releases in 2022. I tend to follow directors' careers, because if I like one (or two) of their projects then chances are I will like their other movies. I saw a tweet about some directors who are releasing movies in 2023. This spurred me to find out what movies are being released by directors I follow. There are quite a lot, so I decided to do a write-up of the ones I am anticipating this year. 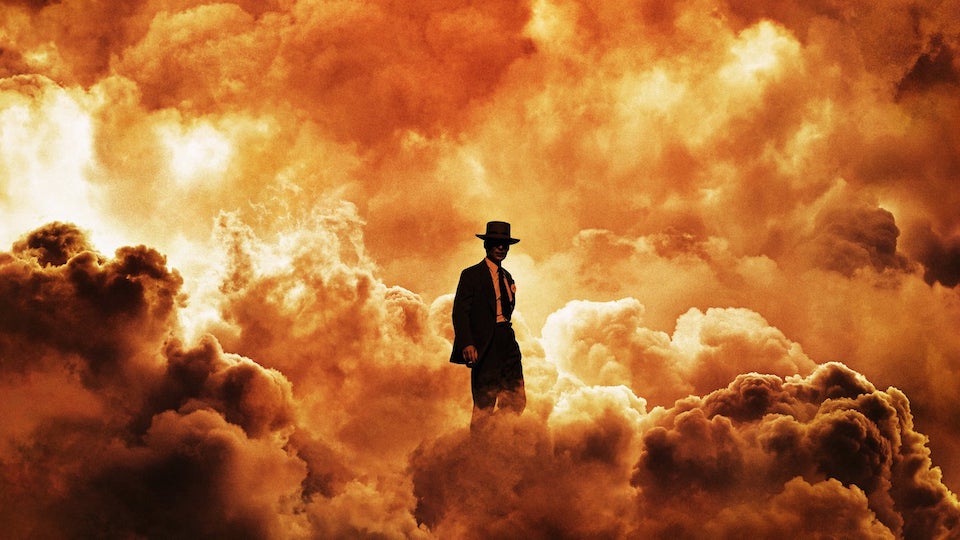 Christopher Nolan - Oppenheimer is the latest movie by my favourite working director. Known for his incredible production values and meticulous screenplays that challenge his audience, this is the movie I am most anticipating in 2023. The movie features an absolutely stacked cast including Cillian Murphy, Emily Blunt, Matt Damon, Robert Downey Jr., Florence Pugh, Gary Oldman, Kenneth Branagh, Rami Malek, Josh Hartnett, Casey Affleck. I am positive this movie about the creation of the atomic bomb is going to be one of the best movies of the year.

David Fincher - The Killer sees the director returning to the big screen, with only his third movie since 2014. He is a filmmaker I have followed for years and is always pushing boundaries, with gunge-filled productions and interesting topics. The screenplays are told with precision and combined with some of the best cinematography. This stars Tilda Swinton and Michael Fassbender, two actors who pick interesting projects.

Hayao Miyazaki - How Do You Live? is by the co-founder of Studio Ghibli and this is the accomplished director's twelfth animated movie. After coming out of retirement, this is the Japanese director's first movie in a decade. His movies are beautifully fantastic, with Spirited Away being my favourite and My Neighbour Totoro that I am looking forward to sharing with my son soon. 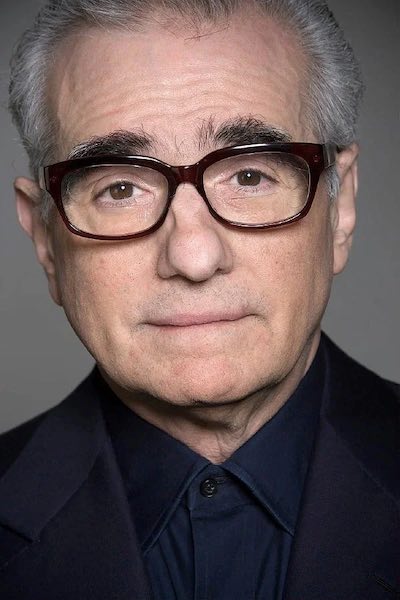 Martin Scorsese - Killers of the Flower Moon combines two of the best actors from the last 30 years, Leonardo DiCaprio and Robert De Niro, with one of the best directors of his generation. His career has spanned over six decades, with classics such as Taxi Driver in the 1970s, Raging Bull in the 80s and Casino in the 90s. Since 2000, he has released the incredible movies The Departed, Shutter Island and The Wolf of Wall Street. I don't know much about this project, but I can trust the filmmaker and those he involves with his movies to produce an outstanding movie.

Ridley Scott - Napoleon stars Joaquin Phoenix as the titular character in this period action movie from the acclaimed director. He is a filmmaker who, like Scorsese, has spanned decades, from Alien in the 1970s and Blade Runner in the 80s to his triumphant Gladiator in 2000. His Alien sequels Prometheus and Alien: Covenant weren't critically received, but I enjoyed them. His ultra-violent The Last Duel from 2021 shows he can still command a highly produced and engaging movie; I do not doubt that this will be much of the same.

M. Night Shyamalan - Knock at the Cabin is hopefully a return to good form for the director who has released some poor movies recently. I am a fan of his movies and this R-rated apocalyptic psychological horror starring Dave Bautista and Rupert Grint looks to be an interesting project. 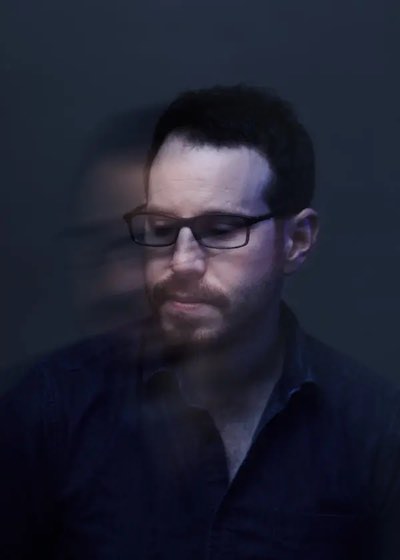 Ari Aster - Beau Is Afraid is the third movie from the acclaimed horror director. His directorial debut Hereditary received many awards and makes you feel uneasy throughout. His follow-up Midsommar features meticulous craftsmanship and is reminiscent of the dread found in The Wicker Man. Starring Joaquin Phoenix and Amy Ryan, who work on interesting projects, Beau Is Afraid is sure to be a unique movie.

Ari Aster is part of a resurgence in successful horror auteurs, alongside Robert Eggers (The Northman) and Jordan Peele (Nope) who both had movies released in 2022.

Alex Garland - Civil War is a movie I know very little about, but the director has released three very unusual movies, each with a different concept and fascinating screenplay. Ex Machina is the most accessible of his movies and the one most liked. Annihilation is beautiful with a really interesting concept but wasn't quite as engaging. Men was the controversial 2022 movie, filled with allegory and grotesqueness, but I really enjoyed it. Starring Kirsten Dunst, I feel Civil War will be another intriguing movie.

Neill Blomkamp - Gran Turismo is based on the popular – and my favourite – PlayStation game series. A racing-sim seems like an unlikely genre to make into a movie and game-based movies are rarely good. However, the director has some very interesting projects behind him, notably District 9, and this stars David Harbour, Orlando Bloom and Djimon Hounsou. The high-octane racing could invoke the same shock and awe feeling that was captured in Top Gun: Maverick. 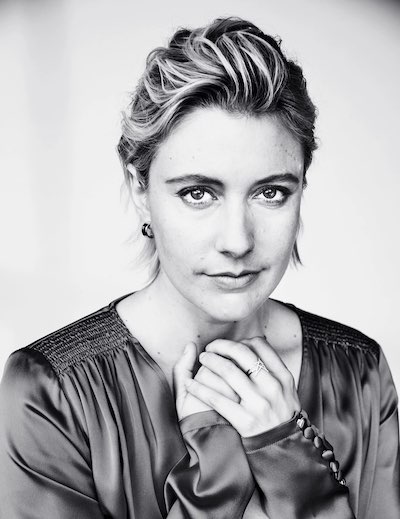 Greta Gerwig - Barbie stars Margot Robbie (as Barbie) and Ryan Gosling (as Ken) and is written by Noah Baumbach. I had zero interest in this movie until some insanely vibrant set photos were released and then the 2001 homage teaser trailer was released! My interest is certainly piqued, especially by combining two successful and talented indie filmmakers with two exciting and fun actors.

Zach Braff - A Good Person is the fourth feature film for the actor/writer turned director. His focus on relationships, especially in his amazing movie Garden State, combined with actors Florence Pugh and Morgan Freeman, make this an interesting project. It won't be a groundbreaking movie, but each of his previous projects have been lovingly chosen, so I imagine this will be similar.

Taika Waititi - Next Goal Wins is the latest movie from the quirky director. His screenplays always have a comedic tone wrapped around an underdog story and this looks like the perfect project for him. Starring Will Arnett, Michael Fassbender and Elisabeth Moss, it is sure to be a fun movie.

Elizabeth Banks - Cocaine Bear has a synopsis alone which has me interested in this movie;

Inspired by the 1985 true story of a drug runner’s plane crash, missing cocaine, and the black bear that ate it, this wild dark comedy finds an oddball group of cops, criminals, tourists and teens converging in a Georgia forest where a 500- pound apex predator has ingested a staggering amount of cocaine and gone on a coke-fueled rampage for more blow… and blood.

Cooper Raiff - The Trashers is the latest movie from this upcoming director. He has a subtle and youthful touch to his movies and Cha Cha Real Smooth was a real charm. This stars David Harbour (Stranger Things).

Brandon Cronenberg - Infinity Pool looks like another monstrous and violent movie. The son of legendary filmmaker David Cronenberg, his 2020 science-fiction horror Possessor was cerebral and I hope this follows suit. Starring Alexander Skarsgård and Mia Goth, this will not be a mainstream movie, but I hope it will be an intense ride.

Yorgos Lanthimos - Poor Things is the latest movie from a filmmaker with a bizarre catalogue. With Emma Stone, Willem Dafoe, Mark Ruffalo and Christopher Abbott, I hope this is another challenging and odd movie. The synopsis seems to match my expectations;

Upon drowning herself to escape her abusive husband, a woman has her brain replaced with the brain of her unborn child with the help of an eccentric scientist named Godwin Baxter.

Gareth Evans - Havoc see actors Tom Hardy, Timothy Olyphant and Forest Whitaker join up with this action director. His Indonesian movie The Raid has some of the best hand-to-hand combat and Apostle was eery and violent – this criminal underworld-based story is hopefully as brutal as his previous movies.

Michael Mann - Enzo Ferrari by the quintessential action director stars Adam Driver and Penélope Cruz. Known for action masterpiece Heat, this is a look at the life of the former race car driver. With the subject matter, actors and directors combined, I'm sure this is going to be one of the most stylish movies of the year.

Bradley Cooper - Maestro features Carey Mulligan, Jeremy Strong and Maya Hawke alongside writer and director Bradley Cooper. Turning to directing in A Star Is Born, Cooper has shown he can be a star behind the camera as well as in front of it. He must have a penchant for music, as this focuses on a world-renowned conductor.

Todd Haynes - May December starring Natalie Portman and Julianne Moore could be a hit for this eclectic director, with Dark Waters my favourite of his past movies.

James Gunn - Guardians of the Galaxy Vol. 3 returns to our screens after a rather tumultuous period regarding the firing and rehiring of the director. It has a stacked cast, with Chris Pratt, Zoe Saldana, Dave Bautista, Bradley Cooper, Karen Gillian and Vin Diesel all reprising their roles. I've enjoyed following this previously relatively unknown bunch of misfits in their adventures in the Marvel Universe.

Chad Stahelski - John Wick: Chapter 4 is another movie in the ultra-violent stylish action franchise. Again starring Keanu Reeves as the hitman feared by the entire assassin underworld as he pulls off some incredible "gun-fu" in search of revenge and redemption. I hope Laurence Fishburne has a larger role this time and it'll be interesting to see how martial arts extraordinaire Donnie Yen (from the Ip Man series) fits in the movie.

James Mangold - Indiana Jones and the Dial of Destiny sees Harrison Ford return over forty years later for this unlikely fifth entry into the world of everyone's favourite archaeology professor turned adventure hero. This entry stars Mads Mikkelsen and Antonio Banderas and is in safe hands from the director who made Ford v Ferrari and Logan. Nostalgia and legacy sequels have been big business recently, with mixed results, but I sincerely hope this lives up to childhood memories, unlike the previous movie.

Steven Soderbergh - Magic Mike's Last Dance starring Channing Tatum and Salma Hayek, your favourite stripper is back for the third movie of the successful fun franchise that was born from the surprise 2012 hit.

Louis Leterrier - Fast X is the tenth (!) movie in this unlikely franchise and it has a new director. He has previous experience in the field, directing the car-action movie The Transporter a year after this franchise was born. So he seems a sensible choice to take the reigns of this highly popular unstoppable car-action franchise.

Michael B. Jordan - Creed 3 sees the series lead actor make his directorial debut on the third instalment of this legacy sequel to the much-loved Rocky franchise. 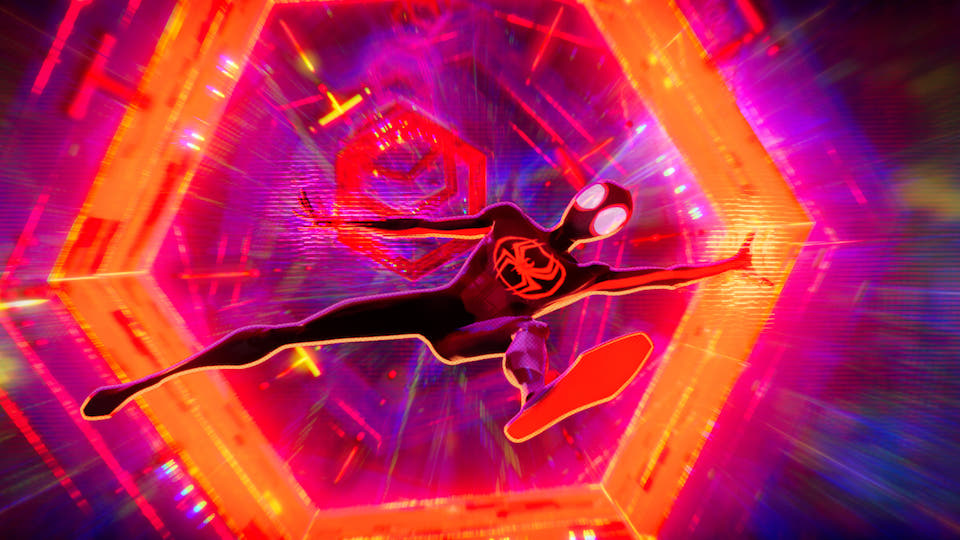 Elemental is the latest Pixar movie. It “follows Ember and Wade, in a city where fire-, water-, land- and air-residents live together” in what looks to be another high-concept movie, similar to Inside Out and Soul.