Following on from my previous movie summaries, this is my June review. Overall, I watched 25 new movies this month, taking the total for the year to 183! 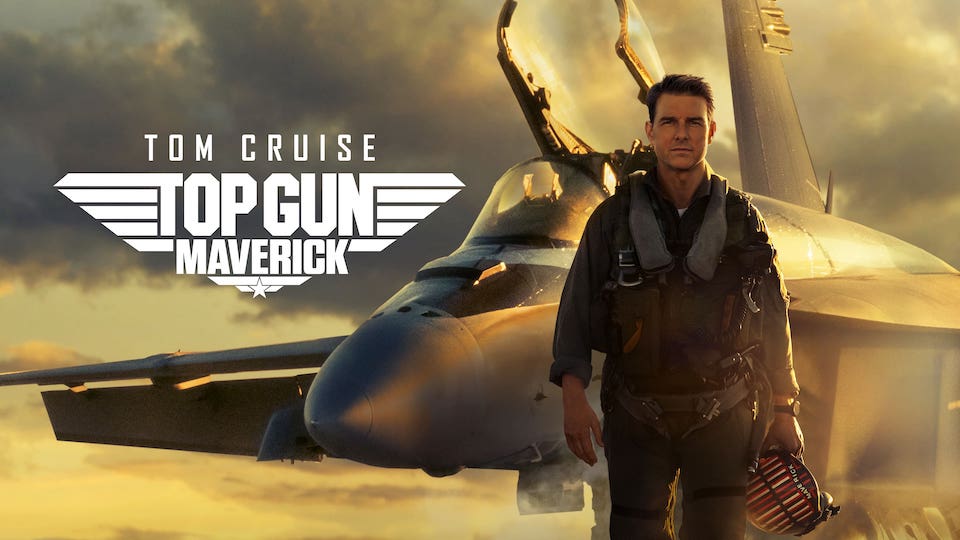 Top Gun: Maverick is the latest legacy sequel to try to tap into our collective nostalgia for box-office success. Last year proved difficult for other movies to achieve that. Whereas they were based on franchises and received a very mixed reception, Top Gun Maverick bucks the trend. Following directly on from the ‘80s movie directed by action specialist Tony Scott this sequel takes everything people loved about the original and improved them. There is spectacular action and visuals, on top of a multi-layered heartfelt story. I honestly didn't think it would be as good as it was – a masterly crafted movie in every way.

Director Joseph Kosinski is receiving deserved recognition, but has already shown his credentials with the heartfelt Only the Brave and visually stunning Oblivion.

Tony Hawk: Until the Wheels Fall Off is an incredible documentary focusing on everyone’s favourite skateboarder. A truly inspirational watch.

The first half of the movie focuses on his very humble beginnings. It was interesting to learn of him being ostracised early in his career, from his style to his dad. He lacked respect from fellow skaters who were his peers. The documentary showcases Tony's raw talent, elevated by his ability to take crash after crash as he pushes to learn new and more complicated tricks.

Hustle is a gritty Rocky-esque movie starring Adam Sandler as a downtrodden basketball scout who helps to nurture an unknown basketball player. There are plenty of ups and downs, but determination and belief drive the story with great arcs for the main characters.

On the Count of Three starts with a planned double suicide and then follows the characters as they decide what to do in their final hours before they commit the act. If you've got nothing to live for, would you take justice into your own hands? The movie isn't an easy watch but actor Christopher Abbott puts in another sublime performance.

I started the month watching some anime, a genre of movie that I haven’t explored much but has a rich history and some well-known sci-fi classics such as Ghost in the Shell and Akira.

I started with Perfect Blue which follows a pop singer who has left a successful group to pursue a career as an actress. On top of struggling to fit in, she is stalked by a presence which is seemingly focused on derailing her life. As the stress builds, her dreams, movie roles and reality merge into a visually impressive mess. There is a dark and unapologetic tone to the movie, culminating in a rather bleak ending.

I followed this up with Paprika, in which a machine is used to enter people’s dreams. This takes the blending of reality to an entirely new level, with dreamworlds of different people starting to merge together, spilling out into reality itself. It's an absolutely masterpiece of visual storytelling.

Millennium Actress blends an interview with a former actress and her career in different movies into one seamless story. The screenplay is such an interesting idea, sweeping the interviewer and cameraman up in the movies of the person they’re interviewing. Although not quite as “out there” as the other two movies, it again blends different realities in fun ways.

These movies were the brainchild of the late Satoshi Kon, who also directed the weird alternative Christmas story Tokyo Godfathers. The storytelling in the three movies is rather complex and layered, with interesting themes of merging realities combined with impressive visuals. Paprika – his last movie before his death – is the most complete and rounded, but Perfect Blue shows an impressive talent for the directorial debut. He directed the TV series Paranoia Agent, which I have on DVD, and is now high on my watchlist.

The Girl Who Leapt Through Time is a lot more lighthearted than the other movies, but still deals with complex ideas. This movie focuses on time travel, with a high-schooler using it to make her life easier. From avoiding awkward conversations to other banal interactions, she soon realises the effects it is having on other people. There is a twist which increases the stakes in the last act.