Following on from my January 2022 summary, this is my February movie review. Overall, I watched 30 new movies this month, taking the total for the year to 68. 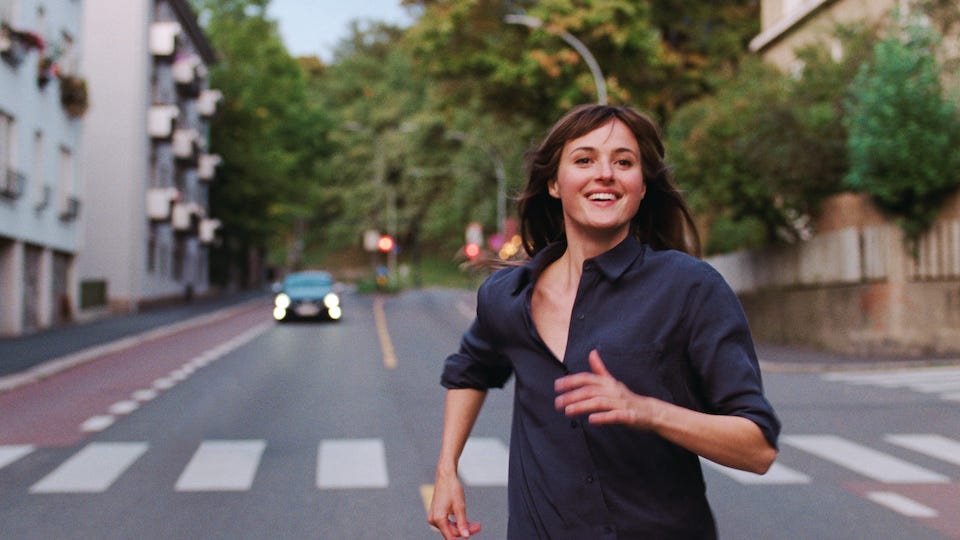 The Worst Person in the World is the latest movie by Norwegian director Joachim Trier. Part of the director's "Oslo trilogy", which includes Reprise and Oslo, August 31st.

The Worst Person in the World follows four years in the life of a young woman who navigates her love life and struggles to find her career path. All three movies are very personal, a raw look at being a young adult, with intimate relationships and struggles. This latest outing builds on his previous movies, improving in every way. It's not flashy, but the honest storytelling is refreshing and the craft in filmmaking superb.

Flee is an animated movie about a refugee fleeing war and settling into his new life. The movie unfolds as he recalls his journey as a young boy from Afghanistan to Russia and finally Denmark, where he is telling his story to a close friend for the first time. Different animation styles reflect the emotional and perilous journey he and his family embark upon. My main takeaway is that there are thousands of stories just like this one, and that is heartbreaking.

Possessor is a violent movie. It is filled with gruesome detail and is sexually explicit in places. The movie will make you flinch with a conclusion that will make you numb. However, the movie is way more than the violence. It is stylish and thought-provoking. It visually captures two minds fighting inside one head, with memories and projections fracturing and leaking into reality. My initial thought when the movie ended was I wanted it to be longer… a rare feat for any movie.

Pig stars Nicolas Cage in an unexpected revenge movie. A reclusive ex-chef who has shunned his former high-profile lifestyle is forced back to the culture he left, to try and track down his stolen truffle pig. Some encounters feature thought-provoking and profound statements about being honest about yourself and the life you're living. There are violent flashpoints, but it's the tender moments sprinkled throughout that are the true wonder of this heartfelt story.

We don’t get a lot of things to really care about.

Along with Flee, I watched three other documentaries this month.

The Walrus and the Whistleblower tells the story of animal abuse at Marineland, a themed zoo and amusement park near Niagara Falls. Although the movie focuses on the treatment of the animals and one man's quest to rescue his beloved walrus, it also shines a light on the legal system and the oppressive and seemingly never-ending nature of the courts. The themes pair with the documentary Blackfish.

Schumacher documents the history of one of the most iconic Formula 1 drivers. It follows a linear path, from his arrival on the scene, his struggles and conflicts, through to his dominant years with Ferrari. The movie focuses a little too closely on his antics, glossing over how races and championships finished, which is frustrating. Like the driver, the movie is technically good and makes a decent addition to motor racing history, the Senna documentary has a more emotional heart.

The Tinder Swindler follows the insane tale of people – who are looking for love on the dating app Tinder – and how they're scammed out of thousands of pounds which is being used to fund a lavish lifestyle and con more women. It's eye-opening how far this story delves and affects the lives of so many unsuspecting people.

The Standoff at Sparrow Creek is a relatively low-budget movie, with limited locations and characters. The screenplay is tight, creating paranoia and the acting is good. The production levels, such as the blocking, character staging and lighting, create a visually interesting atmosphere - more so than many larger productions.

The Eyes of Tammy Faye features an Oscar-worthy performance by Jessica Chastain who is transformative throughout. There are big personalities and charismatic characters in this American Christian televangelist biopic. The different eras are perfectly captured in the costume design, but overall the movie lacks a spark to set it apart. It's decent enough, but I'm not sure many people outside of the USA will know or care that much about the story.

Nightmare Alley from director Guillermo del Toro is visually impressive and an all-star cast. The production design is off the scale with beautiful cinematography, but the screenplay is sedate. There are some stellar sequences and motifs throughout. There are problems with the first act and the runtime is excessive. A nice throwback to a classic era and style of filmmaking. Technically brilliant, but also paint-by-numbers storytelling.

High Life is a crazy high concept psychopathic sci-fi. I often find myself talking about it to others, yet I wouldn't recommend it most of the time. It is more art-house than conventional sci-fi, with vibrantly lit scenes paired with disturbing images. The cinematography and direction are really solid. The sound design is loud and unrelenting, maybe a little too much. The set and costume design feels low-budget but fits the grunge aesthetic. The movie could frustrate most people, but there are some positives if you give it a chance.