Continuing my monthly movie summary, here's a run-down of some of the movies I watched in November 2021. I watched 28 movies this month, taking the total for the year to 347. 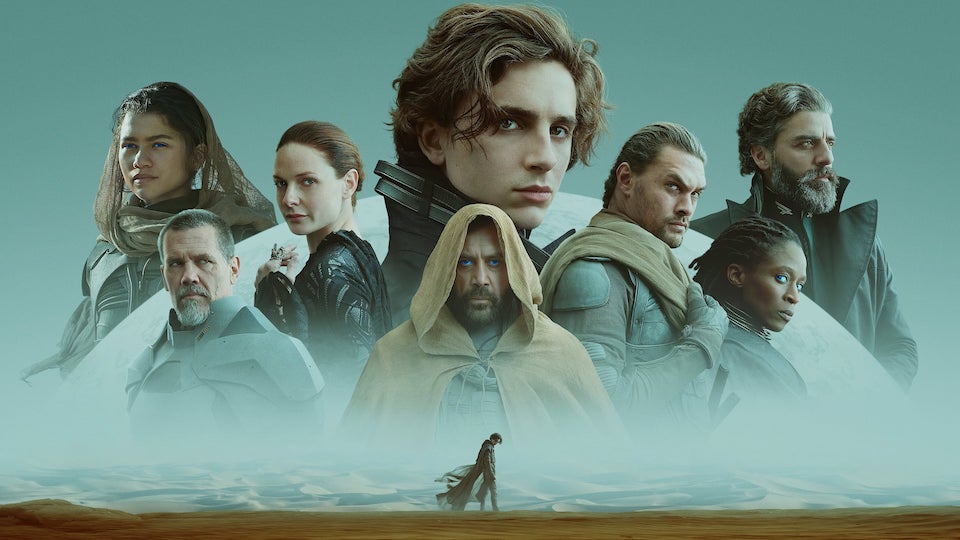 I started the month of by watching Dune at the cinema. The movie featuring an all-star cast and directed by Denis Villeneuve is full of grandeur, with spectacular spacecrafts, wonderful world-building and luscious landscapes. This movie is definitely a big-screen experience with vast visuals and superb sound design which is loud but not obnoxious.

Epic science-fiction is back.

Last Night in Soho is the latest movie by director Edgar Wright and is gloriously produced. There are solid all-round performances on top of a dark and twisted story. The two female leads are great, Anya Taylor-Joy lives up the 1960s and Thomasin McKenzie as the quiet girl coping with the big city of London for the first time. Matt Smith's character is very surprising, but he plays the role well. Based on other reviews, it is a polarising movie, some will absolutely hate the change of tone, but if you let the movie take you for a ride you'll thoroughly enjoy it.

The Body is a murder-mystery thriller by Spanish director Oriol Paulo. His other movies have impressed me and this one did not disappoint. It is a taut thriller that keeps you on the edge throughout. You double guess what is happening over-and-over again; is she dead or not? The story starts to become a little complicated, but the direction makes it relatively easy to follow. It is a well-crafted movie with a great story, one that you should seek out.

Freedom Writers stars Hilary Swank as an enthusiastic and idealistic school teacher assigned to a group of teenagers who are in different local gangs. Based on a true-story, this is an inspirational story of helping people who society has left to rot. By going the above and beyond the role, her dedication means a failed marriage but success in helping those most in need.

After watching The Florida Project by director Sean Baker, I decided to check out his previous movie; Tangerine. It is a simple story with unusual characters – much like his other movies. Every scene is saturated with colour and it is full of inventive framing. Everything seems hyper-realised, from the aggressive music and language, all which add to the confrontational nature of the characters and story. It is colourful, loud and raw. I hope to check out his next movie Red Rocket soon.

Monsieur Lazhar is a quite and a thoughtful movie that deals with how adults and school children deal with tragedy. It is contemplative, moving and quiet, yet subtly devastating.

Wadjda is an award-winning movie by a Saudi Arabian women director. I appreciate the insight in to life for women in Saudi Arabia. There are some interesting characters and the story – although simple – is heart-warming with some nuances.

7 Prisoners follows a group of rural teenagers who, under pretense of supporting their families, soon learn they're prisoners forced to pay off their every increasing debts under the threat of violence. Would you accept your new reality or try to change it? Would you accept better treatment to the deprivation of your fellow workers? It is a raw and unflinching look at the underbelly of slave labour and human trafficking in Brazil.

After looking through my watch list, I found two movies which each starred a former primary Harry Potter actor; Daniel Radcliffe and Emma Watson. I decided to watch them both, and find a movie I could stream which featured the missing third lead; Rupert Grint. Ironically, Tom Felton turned up in another movie I watched a little later.

I started with Moonwalkers (2015) which starred Rupert Grint (Ron Weasley) alongside Ron Perlman (Hellboy). Set in the 1960s, a downbeat band manager tricks a CIA operative to steal some money. However, this backfires as he must fulfil his promise and create a fake moon landing in case the real thing failed. The comedy is stupid and I just found the whole thing a mess. Rupert Grint also turned up as a side-character in a drama orientated movie CBGB which I watched at the end of the month and showed some potential.

Imperium (2016) features Daniel Radcliffe (Harry Potter) as an FBI agent who goes undercover to infiltrate a Nazi group who might be planning a terrorist attack. This is a challenging character and story and Daniel encapsulates the complex character well, juggling the undercover persona trying to gain the white supremacists' trust.

Colonia (2015) stars Emma Watson (Hermione Granger) and German actor Daniel Brühl who are caught in the Chilean military coup of 1973. Their relationship is taken the limit when he's taken to an infamous facility called Colonia Dignidad. She follows him, forced to work in a cult-like charitable mission while gathering information and a way to escape. It's an interesting and well produced character-lead drama based on historic events.

Finally, I watched The Forgotten Battle (2020) which is a Dutch-produced movie about Battle of the Scheldt during World War 2. Tom Felton (Draco Malfoy) is a side character, who plays a British army officer. The movie itself is well-made, but features too many characters and clumsy direction that lacks a cohesive story line.

Cold in July has three distinctive tones. It starts off as a low-key psychological drama, then a strange investigative crime thriller and finally concluding with a full-on revenge bloodbath. It is impeccably shot and acted.

tick, tick…BOOM! is an autobiographical movie about musical writer Jonathan Larson. Andrew Garfield gives an Oscar-worth performance as the titular character, singing his way through the struggles of being an artist in 90s New York City.

Anon is a story set in a futuristic society, where all your visual memories are accessible to law-enforcement. Director Andrew Niccol creates another really interesting high-concept sci-fi movie. It’s a little dense at first, with wonderful framing and cinematography throughout, there is enough to keep you engaged.

Finch: Tom Hanks, a dog and a robot. A big concept sci-fi movie about life, love and friendship. There are a few missteps but it absolutely nails the conclusion. The world building decent but mostly just hinted at and the robot is damn cool.

Life in Color tells a slice of life often ignored on screen. Two depressed out-of-work nobodies, helping each other through the day/week/month. It’s a simple story, but engaging. The movie took a while to find its direction, but after a while it grows and grows.

Ready or Not is a short and punchy movie. There are gory kills, quips and unusual encounters. It is worth a watch, especially if you like a fun gory movie. Samara Weaving Weaving nails it.

Roman J. Israel, Esq. stars Denzel Washington who is absolutely phenomenal in the titular role. He carries the shy and some-what downtrodden lawyer, transforming his whole body and style and is often unrecognisable from the actor you know.