If anyone lives in the UK then you'll know that during the last week or two the UK has been battered by it's lowest depression in decades. This means cold, windy and wet, very wet infact. The previous week I'd booked a trip to the north of Wales, camping with my girlfriend. During the week it was decided it'd be a waste of time to travel three hours to get blown away and soaked, so the trip was postponed.

Before the England Euro 2004 match against Portugal (nothing more needs to be said at this point), I checked the weather forcast. It still looked gloomy, but I decided it would be a "laugh" to go, so I packed my stuff. After the football match finally finished, over an hour later than expected, I headed over to the other side of Birmingham arriving around midnight.

We got to our Welsh campsite around 7pm on Friday evening to fairly good weather. Setting up tent behind a large bush just to be sure, we headed to the pub.

It was very windy and extremely wet on Friday night and during Saturday. Luckily the tent didn't leak and nothing got wet, unlike some other tents! We were then presented with a broken boiler and cold showers! However, we headed over to Snowdonia, home of the largest mountain in England & Wales. We visited Electric Mountain, a power station situtated within a mountain which can produce electricity in 8 seconds

The rain seemed to stop sometime after 3pm, while we were within the mountain. We headed back to the campsite, stopping off to grab a BBQ for the evening. After cooking some sausages we headed to the beach to chill out as the weather had improved vastly.

Saturday we headed home via the Dwyfor Ranch Rabbit Farm in Llanystumdwy. Here we spent most of the afternoon playing with the puppys and Abi fed the other animals.

After we dragged ourselves away from the adorable puppys (even the ones that nibbled us) we headed on the long journey home. But not until we made one more slight detour. We had to visit my very own town. 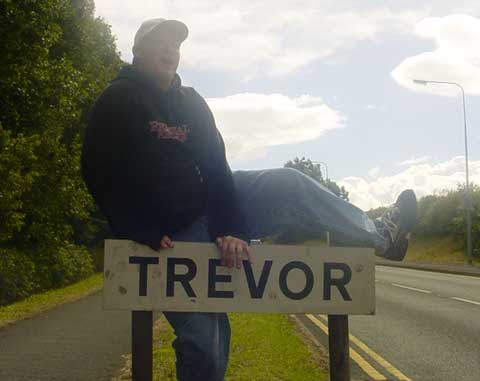 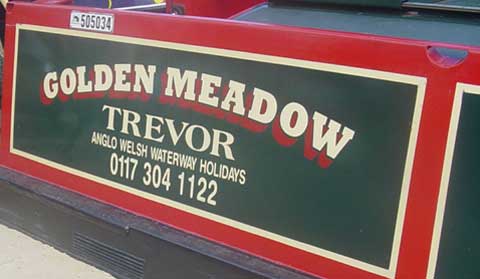 ...and finally, my very own bardge!